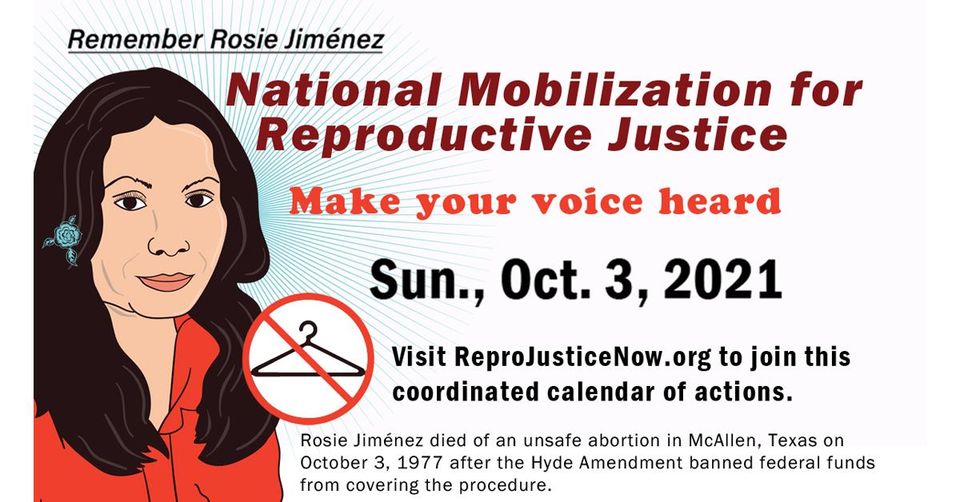 
The U.S. Supreme Court will hear a challenge to Roe v. Wade on December 1st. Join the movement to defend the right of women and all people to control their own bodies.

Add your organization as an endorser and add events to the calendar by contacting
RadicalWomenUS@gmail.com or 206-985-4621. Endorsement form.

Videos of Seattle picketline and rally

Video about the National Mobilization for Reproductive Justice

Brief video on the importance of the Oct. 3 mobilization by Nga Bui, NYC

How you can help

Write to the U.S. Supreme Court. Mail to: Supreme Court of the United States, 1 First Street, NE Washington, DC 20543. Or use this online form on the Supreme Court website. Sample message here.

Organize an event in your locale (see ideas below)

Leaflet with QR code for writing the Supreme Court.


Labor involvement in the fight for reproductive justice

Organize a rally, march or flash mob – take photos and post on the event page!

Do bannering and leafleting at bridges and intersections – post photos on the event page!

Hold a messaging event to send letters online to the Supreme Court message page. Download leaflet with QR code for writing the Supreme Court.
Or print out a suggested message and collect signers to mail to Supreme Court of the United States, 1 First Street, NE Washington, DC 20543

"Women of the World," poem by Nellie Wong, San Francisco

Thurgood Marshall as a defender of reproductive justice

Suggested chants (print back to back and cut in half)

For more information, to volunteer, add an event to the calendar, or arrange press interviews, contact the National Organizing Center: RW.US@radicalwomen.org • 206-985-4621
Visit the Radical Women website at www.RadicalWomen.org