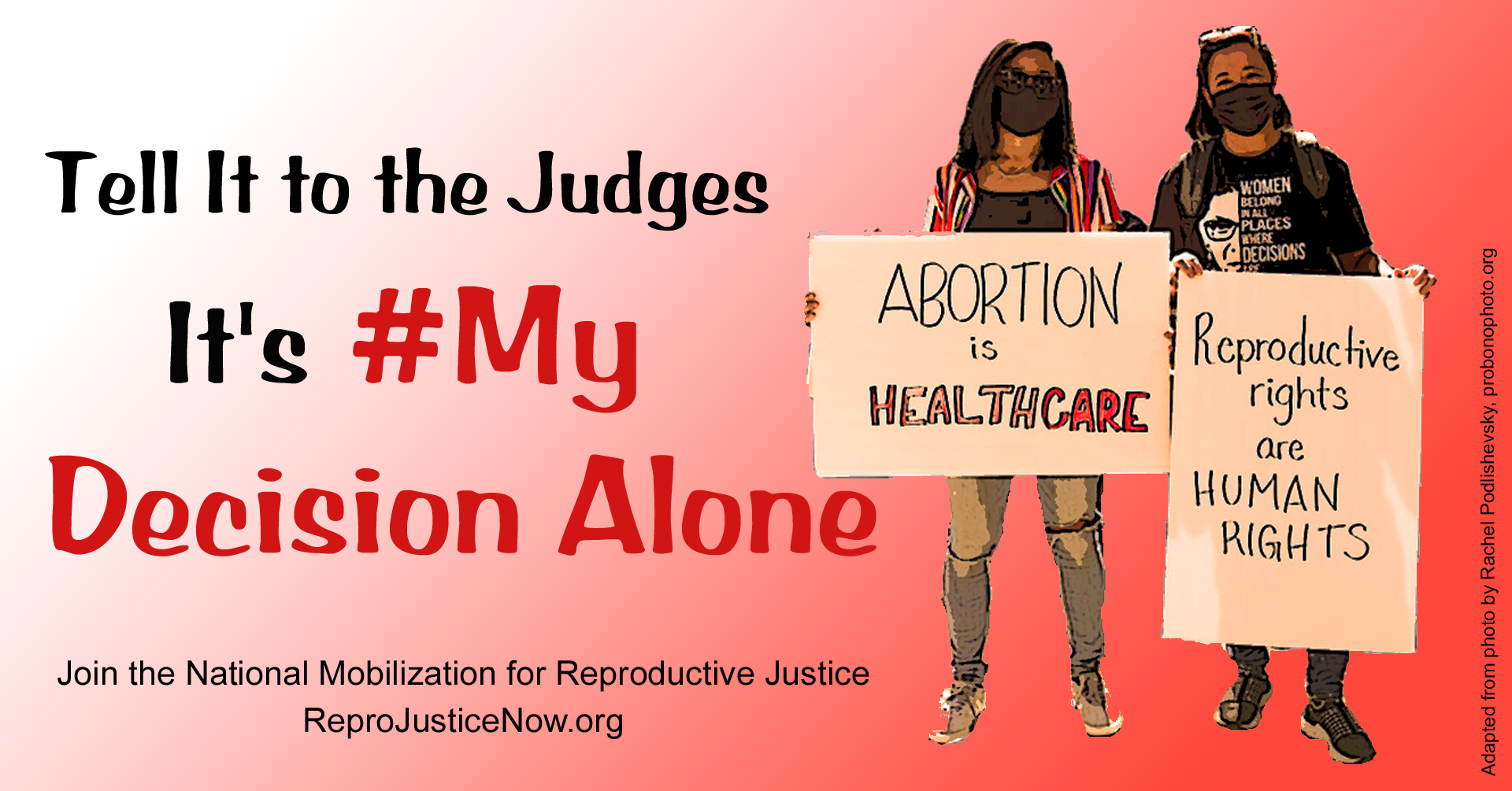 On December 1, the U.S. Supreme Court heard a challenge to Roe v. Wade that severely threatens access to abortion throughout the land. Join the movement to defend the right of women and all people to control their own bodies. We say: #TestifyForRoe #MyDecisionAlone

Add your organization as an endorser and add events to the calendar by contacting
RadicalWomenUS@gmail.com or 206-985-4621. Endorsement form.

To join up with our crew, text 301-300-4503 to coordinate locations at the 7:30 am rally in front of the U.S. Supreme Court called by the Center for Reproductive Rights and/or the 1pm march and encirclement of the Supreme Court building initiated by a coalition of organizations.

Slideshow of National Mobilization actions, with excerpts from speeches

“Experts weigh in on Supreme Court decision on abortion,” AZfamily.com

Reproductive Justice Tool Kit for December 1 and beyond!

Write to the U.S. Supreme Court. Mail to: Supreme Court of the United States, 1 First Street, NE Washington, DC 20543. Or use this online form on the Supreme Court website. Sample message here.

Leaflet with QR code for writing the Supreme Court.


Donate to costs of the national campaign

"Women of the World," poem by Nellie Wong, San Francisco

Thurgood Marshall as a defender of reproductive justice

Videos of Seattle picketline and rally

Video about the National Mobilization for Reproductive Justice

Brief video on the importance of the Oct. 3 mobilization by Nga Bui, NYC

For more information, to volunteer, add an event to the calendar, or arrange press interviews, contact the National Organizing Center: RW.US@radicalwomen.org • 206-985-4621
Visit the Radical Women website at www.RadicalWomen.org